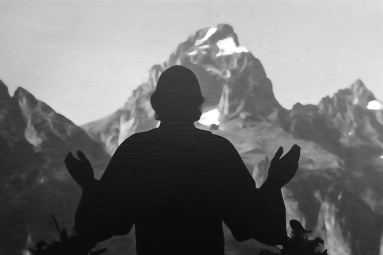 American Christianity is in numerical decline – no news to the inhabitants of graying churches. According to a recent survey by the Pew Research Center, 20% of the population has no religious affiliation. Just five years ago, that number was 15%. Among adults under thirty, 32% are unaffiliated, with little prospect that they will become more religious as they grow older. According to the study, affiliation does not increase as a particular generation advances through the life cycle. The younger generations will remain less affiliated even as they age. If each succeeding generation continues the trend of rejecting institutional religion, will churchgoers become an endangered species?

The habitat for practicing believers has certainly been compromised. The inanities and hypocrisies of media evangelists, the ignorant ravings of fundamentalists, the hatred and violence of religious extremists have all marred and polluted the public landscape of religion. But that in itself need not be fatal. Christianity has a venerable history of toxic clean-up campaigns, with saints and prophets leading the way. A far more serious threat is the steady shrinkage of habitable environments for faith communities, as individualism, materialism and secularization encroach steadily upon the perceptions and behaviors that make religion sustainable. How can the community of God’s friends persist when God has become, for so many, not just unnecessary but virtually unthinkable?

Modernity has, over the last 500 years, gradually detached western culture from transcendent necessities. God is no longer assumed to be the creator and sustainer of every moment, the all-encompassing reality in whom we live and move and have our being. While individuals might retain a strong personal connection with God, the social world is seen as a self-governing reality, not requiring reference to anything “higher” or “beyond” in order to function or develop. Once the sacred dimension was expunged from the world, and “the last king had been strangled with the entrails of the last priest,” human life could achieve full independence from the constraints of any sacred order or transcendent reality beyond itself.

With God demoted from the ever-present sustainer of life to its original but now absent designer, it was not long before God seemed no longer necessary at all for the construction of meaning or purpose. As Charles Taylor writes in The Secular Age, “The modern social imaginary no longer sees the greater trans-local entities as grounded in something other, something higher, than common action in secular time.” In other words, the inherited modern culture in which we live and move and have our being has no apparent or practical need of God to explain things or provide the sources of human flourishing.

When Christians worship or pray or converse among themselves, they radically contradict such premises of modernity, but in the largely unconscious, ingrained, or automatic behaviors of everyday living, it is hard not to find ourselves reverting to the default position of the culture: simply acting without God in mind. Or in our bones. In the words of German theologian Eberhard Jüngel, “It would appear, then, that God has no place in our thought and thus has no place in our language. [God] does not occur, has no topos (place, position).”

This “placelessness” of God is what I mean by the erosion of sustainable habitat for communities of faith. If God has no place in the behavior or even the thought of so many people, why would religion make any sense at all to them, except as a provider of purely human benefits such as community or charity? No wonder the churches dwindle.

Then what do we make of these statistics: 68% of the unaffiliated say they believe in God, 58% feel a deep connection with nature and the earth, 37% call themselves “spiritual but not religious,” 30% have had religious or mystical experience, and 21% say they pray every day. Evidently many are still trying to retain a connection with something deeper than the everyday, with a necessary mystery beyond themselves. However, only 10% of them are interested in seeking religious community. Most would rather be spiritual but not religious.

I’m not sure that’s really possible. We might wish to declare independence from the limitations and messiness of human institutions and opt for the purity of personal practice, but “bowling alone” (to cite Robert Putnam’s famous term for the erosion of civic and communal engagement in America) misses the point of engaging our deeper selves.

Christians say we are made in the image of a Trinitarian (= social and interdependent) God, and we best praise and contemplate and grapple with that communally complex divine reality in the company of others: not only joining with the local worship assembly or even the wider Church on earth, but with the friends of God in every age who cry “Holy!” for all eternity, dancing with the Triune Love Who Loves Us. You can’t worship by yourself anymore than you can be in love by yourself. Worship needs a choir.

Even in private prayer, you use words and images supplied by tradition, and reinforce deep connections with others now absent from you. Even beholding the beauty of a sunset, you do it in company with the poets and painters and photographers who have given you an eye for the beauty of things.