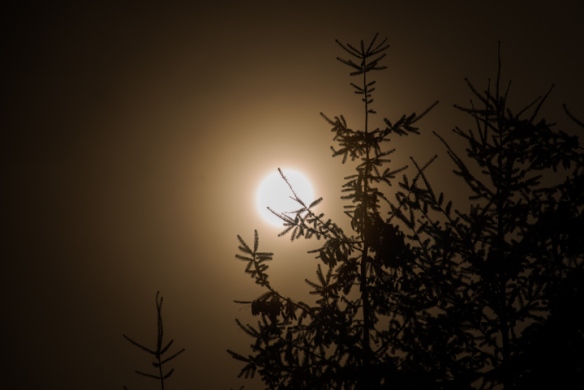 I know people who can’t stop crying. America has gone mad. Those who “love evil more than good, and lying more than speaking the truth” (Psalm 52:3) are the new normal. Democracy’s traditional safeguards­–checks and balances, constitutional law, vigilant journalism, the Electoral College, the voices of principle, factual empiricism, and a healthy sense of shame–are being undermined or ignored with impunity. “Who is like the beast, and who can fight against it?” (Rev. 13:4)

That cry of despair in the Book of Revelation is answered by heaven itself: “Look, I am making all things new.” (21:5) The world of evil and suffering will not stand forever. The world of God is being born, and we are invited to make our home in it. That does not mean we get to exit cleanly the dying world for a more perfect one. History consists of both worlds messily mixed like the wheat and the tares. We interact with both simultaneously. But we can still decide which world claims our allegiance: the world of death or the world of life, the world of hate or the world of love.

The Scripture, hymns and prayers of Advent are cognizant of the old broken world and the damage it can do. This prophetic season, mindful of time’s arc bending toward justice, calls every believer to engage evil not just as critics but as activists, resisting it wherever and however we can. But Advent also reminds us that the powers we contend with are neither ultimate nor lasting. The best way to resist the darkness is to be a bearer of the light. Don’t fixate on the dying world, granting it more seriousness than it deserves. Live in the coming dawn, even before you can see it. Be a prisoner of hope.

For most of us, such hope is sustained less by awesome displays of divine power than by small moments of daily grace, the merest hints of benevolent Presence bathing the ordinary with a holy light. Advent spirituality–the poetics of hope–is mostly a matter of paying attention. And while I wish I could report a grand vision of the beast and his minions being cast into a lake of fire, my own Advent revelations this year have been small and personal.

The first was ten days ago, when I was taking a bus to the Roman Catholic cathedral in Seattle for a concert by the Medieval Women’s Choir. I struck up a conversation with a homeless woman who was on her way to a women’s shelter at a local Episcopal church. When we got off the bus, I offered to haul her rolling suitcase for her, since we were going in the same direction. As we walked, she shared her story. Now 72, she had to stop working years ago due to a variety of illnesses. She now has colon cancer. She hopes to get into a housing project soon. Her conversation was articulate and insightful. When we parted, I gave her some money to see her through the weekend. “Give me your hands,” she said. She took them into hers, and began to pray for me and my ministry with eloquent, heartfelt words. Whatever I may have given her, this impoverished woman bestowed upon me far greater riches.

Later, at the concert, the women’s choir sang a 13th century English carol that made a lovely Latin pun about Gabriel’s annunciation to Mary:

The good and sweet word
Spreads through the room
Forming “ave” out of “Eva”
By changing Eve’s name.[1]

Forming “ave” out of Eva. As I listened, it occurred to me that the “good and sweet” words the woman had prayed over me had transformed her from “Eva”–a mortal woman of the Seattle streets–into a kind of angelic messenger. Had Gabriel himself appeared to utter an “ave,” I could not have been more sure of the divine presence behind that chance meeting.

My second Advent revelation also involved a concert, this time by the Seattle Pro Musica, whose exquisite renderings of seasonal choral music from many centuries moved me to tears more than once. It wasn’t simply that the pieces, ranging from Dufay and Praetorius to contemporary composers like Morten Lauridsen and Eric Whitacre, were sublime marriages of text and music, flawlessly performed. It was that such perfect beauty was being offered up in the gloom of the post-election nightmare. That is why I wept. Those superb voices, expressing everything that is best within the human heart and soul, seemed so brave and yet so vulnerable as we sink deeper and deeper into the American abyss. When the powers of hell have done their worst, what will be left of such beauty? Will all of it, human and divine, just be swept away?

One of the carols they sang, an e.e. cummings text in a setting by Joshua Shank (b. 1980), provided the answer I sought:

mind without soul may blast some universe
to might have been, and stop ten thousand stars
but not one heartbeat of this child; nor shall
even prevail a million questionings against the silence of his mother’s smile
–whose only secret all creation sings.[2]

My third Advent revelation began with a dream the following night. A woman (my soul?) asked me why I liked living in this place. I said I enjoyed the balance of nature and culture. You can hike in a mountain wilderness and attend a symphony on the same day. “Is nature where God has gone?” she asked, perhaps echoing my recent immersion in Thoreau studies. “God is alive, surprising us everywhere,” I told her, aware that it was not exactly a reply to her question. But that’s what came out of my mouth.

Then I awoke. Bright moonlight shone through the window. Though it was only 3 a.m., I felt impelled to go outside for a better view before the big moon disappeared into the Douglas-firs. Small masses of low cumulus clouds raced across the lunar face, veiling and unveiling its brightness. Orion stood watch on the moon’s right. Faint barking of distant seals. A coyote’s cry. Winter cold. Silence. What did the night want to tell me?

God is alive, surprising us everywhere. The message of a dream, intimating something more real than language. But what? Not an idea in my mind. A feeling in my body. I tried briefly to give it words. Nearness. Urgency. Strength. Presence. Then I let the words go, and rested in whatever it was. In times so dark and dangerous, it felt . . . consoling. Heaven and earth may pass away, but this Presence will not. We are not alone. Perhaps, even loved.

5 thoughts on ““God is alive, surprising us everywhere””