I am always so grateful for the community of readers who linger here to read and ponder. In response to my recent post on the “priest/artist”, my friend David Fly was stirred to write a beautiful reflection, which he has graciously allowed me to publish here.

A professional clown before his ordination to the Episcopal priesthood in 1966, David has served in urban, rural, and campus ministries throughout the Midwest. Since his early retirement in 1998, he has been in demand as a preacher, teacher, and conference leader. In 2004, his memoir, Faces of Faith – Reflections in a Rearview Mirror, was published by Church Publishing Company. This summer marked his 50th anniversary of ordination to he priesthood. His own faithful artistry has long inspired my own priesthood.

In the foreword to David’s book, Bishop Hayes Rockwell wrote: “David Fly is fluent in the language of the lighthearted. He knows, as far too few in his calling know, that you can be serious without being solemn. He connects with us in a rich, entertaining and humorous way that points as well to joy, which lifts our hearts and spirits. David knows well, as Peter Berger said, about the “comic relief of redemption” and he is fluent in its vocabulary.” 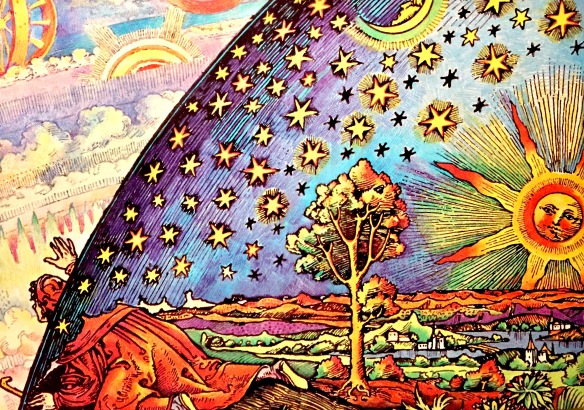 Artists and Priests: A guest post by the Rev. David Fly

When Jim Friedrich discusses the “priest/artist” connection, he says “Whether ordained or not, . . . artists perform a priestly function, inviting us to the mystery of the world, in which “things which were cast down are being raised up, and things which had grown old are being made new.” And he asks, “What I wonder, as an artist/priest myself, is whether those officially ordained by traditional Christian communities, such as my own Anglican tradition, fully understand the implications of this connection for our own work. Do we bring to our own priestly vocation the same degree of passion, creativity, imagination, curiosity and daring displayed in the work of the artist?”

After fifty years as an Anglican priest, I’ve had the opportunity to look back on my experience and as I do a couple of stories come to mind. They illustrate, for me, an answer the question Jim is asking.

My “training” for priesthood began very early. My grandmother and my great-aunt Susie were my teachers. They were the first who taught me a description of the world, that W. H. Auden describes as “a temporal one, where nothing is as it seems.” This was particularly true in summertime when my sister and I had lots of time to spend with them. Summer gave us a chance to see magic in the ordinariness of our lives, and Grandma and Great-Aunt Susie conspired to help us see it and celebrate it. They taught us that the future is like summertime. It’s always there, stretched out before us, a canvas empty and waiting. It calls us to explore and discover the wonder in commonplace things and to uncover the secrets of our lives. There will always be surprises to find and capture. They’re out there like lightning bugs on a dark summer night.

My family didn’t take vacations very often because we simply didn’t have the money. But, once in a while, we pooled our funds and rented a couple of cheap cabins in southern Missouri or northern Arkansas. One of my favorite places was a little town in northern Arkansas named Popover, which has now disappeared from the map.

Once, in the late ‘40s, when we stayed in Popover, I went walking along a riverbank with my grandmother. The bank was made up of large, flat river rocks. She held my hand to keep me steady as we moved next to the rushing water. The sound of the river almost drowned out her voice as she said to me, “What do you suppose is under those rocks?”

Already a rather cynical six-year-old, I replied, “Just more rocks!”

But she surprised me. She had me kneel with her and then began to gently turn over stones. I discovered under each of them a myriad of life forms: beautiful lichen, colonies of tiny ants, spiders, snails, and even an occasional snake! Beneath the stones life was teeming; you only had to look for it. And as we knelt there, my grandmother leaned close to me and whispered:

After their husbands died, Grandmother and Aunt Susie lived together in my grandmother’s house. Though their were getting along in years, they chose to continue sleeping in the upstairs bedrooms even though they would have to climb a very steep set of stairs every night. Being the proper ladies they were, they would never have considered pitching their camp in the living room. So, to avoid falls, they crawled up the stairs each night and down them every morning.

Once, long after I had moved from that town and my parents had moved away, I went to visit the two women who had meant so much to me as a child. While we were talking, my Aunt Susie said, “You know, David, I can’t get to church much anymore now that there’s no one to drive us. So my altar has become this flight of stairs. Each night, when I crawl up the stairs, I stop on the last three steps, say ‘Father, Son, and Holy Ghost,’ and then I say my prayers. When I come down each morning, I stop on the bottom three steps, say ‘Father, Son, and Holy Ghost,’ and say my morning prayers. And God meets me whether at the top of the stairs or at the bottom.”

After years of reverence for the altar at little St. Stephen’s church, Aunt Susie had found another altar and approached it with the same respect. And because of her reverence, she was open to finding God whether at the top of the stairs or at the bottom.

These women were the first to teach me the truth of Elizabeth Barrett Browning’s words:

Earth’s crammed with heaven,
And every common bush afire with God,
But only he who sees takes off his shoes.
The rest sit ’round it and pluck blackberries
And daub their faces unawares.

I don’t know when it happened for these women, but somewhere along the way, they stopped to see bushes burn and listen to the sounds of angels. Iris Murdoch says, “We should thank the gods for great artists who draw away the veil of anxiety and selfishness and show us, even for a moment, another world . . . and tell us a little bit of truth.” The artist/priest must do the same.

Many years later, after my ordination, when I was a college chaplain, I was given the gift of a wonderful definition of the Church. I went to the snack bar one afternoon for a cup of coffee. Because the place was so crowded, I ended up sitting with a young woman I had never met. She was reading a textbook. Suddenly, she slammed the book shut and said, “Statistics! That’s all they are. I’m taking a course in which people have been reduced to statistics. They’re not human beings anymore. All the mystery is gone, all the beauty. I’m being trained to treat people as if they were numbers on a page, and I’m afraid that when I leave this place, I’ll do just that.” As she rose to leave, her parting comment was, “You know, I think I’ll go someplace and start a Society for the Preservation of Amazement!”

She walked away before I could tell her that one already existed. My grandmother and great-aunt were charter members. Artists and priests are called to that Society, called to point beyond the present to a future filled with hope.