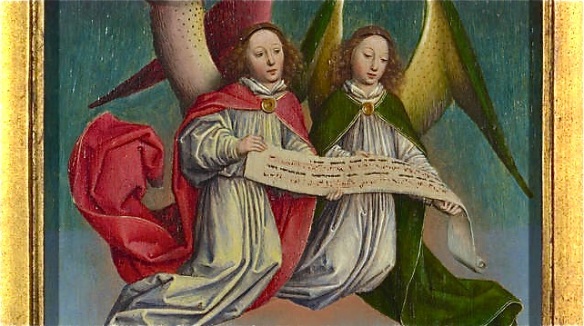 “The great truth that is too often forgotten is that it is in the nature of people to do good to one another.”

One of my favorite stories by the naturalist Loren Eiseley recalls a moment of awakening. He was napping in a forest glade when a sudden commotion of birds roused him from sleep. They were circling a raven which clutched their small nestling in its beak. It was not only the nestling’s parents crying in protest. Birds of half a dozen other species also began to join in. “No one dared attack the raven. But they cried there in some instinctive common misery, the bereaved and the unbereaved. The glade filled with their soft rustling and their cries.” The raven sat unperturbed on its perch, a perfect symbol of pitiless mortality – “the bird of death,” Eiseley called it.

It was then I saw the judgment. It was the judgment of life against death … For in the midst of protest, [the birds] forgot the violence. There, in that clearing, the crystal note of a song sparrow lifted hesitantly in the hush. And finally, after painful fluttering, another took the song, and then another, the song passing from one bird to another, doubtfully at first, as though some evil thing were being slowly forgotten. Till suddenly they took heart and sang from many throats joyously together as birds are known to sing. They sang because life is sweet and sunlight beautiful. They sang under the brooding shadow of the raven. In simple truth they had forgotten the raven, for they were the singers of life, and not of death.[iii]

On Sunday night I experienced a similar miracle of transcendent exultation in a new musical at the Seattle Repertory Theater, Come From Away. A musical about 9/11 might sound like a dubious idea, but it succeeds brilliantly in turning the darkness into a song of unconquerable life and resilient spirit.

Like the birds in the glade, Come From Away shifts its focus away from the familiar 9/11 narrative of horror and death to tell a powerful counter-story in which the bonds of community and kindness prove stronger than the forces that divide and destroy. Like the utopian “no-places” of Renaissance romance – say the forest of Arden or Prospero’s island – the small town of Gander in New-Found-Land is on “the edge of the world,” a liminal space where both individuals and social groups, free from conventional and habitual constraints, can explore alternative ways of being and being-together.

An island town of 9000 people, Gander had once been a key refueling station for transatlantic flights, and its remote airport is still relied on for emergency situations. When all North American airspace was closed on 9/11, 38 planes were rerouted there, bringing nearly 7000 people who needed to be housed and fed for six days. The logistical challenges were enormous, but the emotional ones were even greater – so many people from different cultures, stranded far from home in those surreal days of uncertainty, shock and anxiety. Their planes had found a place to land, but what about their hearts?

Over those six days, remarkable bonds formed among both Newfoundlanders and passengers. It was an experience of love and goodness which none of them would ever forget. Ten years later, many of the “plane people” returned to Gander for an anniversary reunion to re-collect that extraordinary experiment in community. Two Canadian playwrights, Irene Sankoff and David Hein, went there as well, spending a month listening to thousands of stories. In four-hour interviews with hundreds of people, Sankoff and Hein compiled a remarkable record of the human spirit.

The play’s title is a Newfoundland colloquialism for “immigrant.” In a time when many are bashing immigrants as “them,” such a powerful reminder that we have all “come from away” feels like a well-timed gift of grace. As the Bible puts it, we are all strangers and pilgrims on this earth[iv], and the essential human project is the overcoming of fear and division to make connections and create community.

Sankoff and Hein were fascinated to learn that Newfoundland is where all the continents crashed together eons ago. “So, geologically,” they said, “there are pieces of Africa, Europe and America all right there. It’s this wonderful metaphor for the world coming together.”[v] The theologians say that we are made in the image of a God whose essence is relationality, and that human nature is most fully realized in communion. What happened in Gander was a test of that thesis.

The stories collected in 2011 were gradually consolidated into a coherent musical drama, with 12 actors representing nearly a hundred characters. There are no flawless heroes, exempt from the fears, frailties and foolishness common to all of us. There are no villains either. They are just people making their way through an unknown land without a map, exhibiting an innate desire to do good to one another. Both recognizable and sympathetic, these characters stood in for all of us, and what we might become.

And how brilliant to make it a musical. The driving Celtic rock score by a nine-piece onstage band was irresistible, and the songs made you want to shout and dance, even as tears streamed down your face. Beautifully crafted by Sankoff and Hein, the infectious music made us all believe in our common vocation as the singers of life against all odds.

In her book on the musical genre, Jane Feuer observes that “musicals are unparalleled in presenting a vision of human liberation … Part of the reason some of us love musicals so passionately is that they give us a glimpse of what it would be like to be free.” But she cautions that the genre can also fall into the trap of being about nothing more than its own energy. “In its endless reflexivity the musical can offer only itself, only entertainment, as its picture of utopia.” In such a case, the musical remains self-enclosed fantasy, untranslatable into daily reality.[vi]

But Come From Away, grounded in remembered stories of real goodness, offers something more than a temporary escape into fantasy. It proposes the richness of human community as an authentic prospect, however imperfectly realized in actual practice. The merging of Christian, Jewish and Muslim prayers into a single song was but one of many scenes in which the characters discovered that their best selves were grounded in the interrelatedness of mutual belonging.

And to the extent that this play manifested an ideal by which our failures to love one another might be measured and found wanting, it was not unlike liturgy. Neither theater nor liturgy are “real” life, but they can still exert a transformative power. Through symbol and metaphor, song and story, they can suggest a hypothetical alternative to our tired old stories of decline and fall, luring us toward a higher vision of human becoming. When we rose to our feet at play’s end for a prolonged ovation, we were not just thanking the company for a good time. We were, at least for the moment, subscribing to its vision. Whatever it was they showed us, we wanted to be part of it. As Marilynne Robinson puts it, human community is “a work of the imagination”[vii] – a life-giving story we tell as we strive to make it real, in ourselves and in our world.

When the house lights come up, we all go our separate ways, and the vision weakens in the glare of ordinary time. The same thing happens after a liturgy. Yet something of the dream remains. The intuition of a better way of being lodges deep within us, and over time, if properly nourished, it may produce real outcomes.

After Paris and Beirut, what kind of story shall we tell?

[i] Marilynne Robinson, “Imagination and Community,” in When I Was a Child I Read Books (New York: Farrar, Straus and Giroux, 2012), 33