Insofar as the Fourth of July is the American Midsummer Day, full of warm weather conviviality, playful communal rituals, and the climactic glory of fireworks, it is a day of pleasure and joy. As a celebration of our founding ideals, however, it has always been fraught with the ironies of our national and cultural imperfections.

I have noted these troubling ironies in recent years. “Your Celebration is a Sham”—Indepedence Day in an Age of Cruelty (2019) and Fourth of July 2020: Last Rites for a Dying America? are the most recent examples. In light of the January 6 insurrection and all the calamitous behavior in its wake, one could write volumes about the weird vibe of this year’s holiday affirmations about “America.” But a separated shoulder suffered a week ago, when I flew off my bicycle for a painful meeting with unforgiving concrete, has momentarily limited my ability to sit for long at a computer, and I need to go into the garden now to renew my love for America in conversation with Dickinson and Thoreau. But let me pass on a couple of things before I do.

When a friend posted Church’s 1861 painting, “Our Banner in the Sky,” today, it struck me an image of where we are as a country today. When Church painted it at the outbreak of the Civil War, he was expressing his support for the Union cause. In the most tempestuous of times, he assures us, our flag shall yet wave. But to me the painting seems fraught with fundamental tensions. Is that sunrise or sunset in the background? Does the flag made of colored clouds and a patch of clear starlit sky promise the endurance of an ideal written in the heavens, or does the dematerialization of Old Glory signify the vanishing of a perishable dream? Does the withered tree anchoring the flag imply death—or resurrection? In America 2021, the answers seem no more certain than they did 160 years ago.

Throughout the nineteenth century and well into the twentieth, the Fourth of July was an occasion not only to celebrate our ideals, but also to educate the public in the habitual virtues of public life by which those ideals might continue to be realized. A central part of this educative function was the Fourth of July oration, a usually long-winded address that recalled the great deeds of the past, tabulated the growth and progress achieved over the years, and exhorted the listener toward the same zeal for liberty and the common good that had inspired our founders.

In 1852, the eloquent abolitionist and former slave Fredrick Douglass was invited to give such an oration on July 4 by the Ladies’ Antislavery Society of Rochester, New York. But due to the absurdity of celebrating Independence Day while slavery persisted, Douglass chose to speak on July 5 instead.

“The rich inheritance of justice, liberty, prosperity and independence, bequeathed by your fathers,” he said, ” is shared by you, not by me. The sunlight that brought life and healing to you, has brought stripes and death to me. This Fourth [of] July is yours, not mine.”

For Independence Day 2021, in a country still beset by rampant racism, National Public Radio invited young descendants of Frederick Douglass to recite portions of that 1852 speech, followed by brief reflections of their own. Like any truly prophetic text, Douglass’ address condemns our sins, urges repentance, and preaches hope. This video is a compelling and moving updating of the traditional Fourth of July oration, and I hope you will make its viewing (and sharing) a part of your own celebration this year. 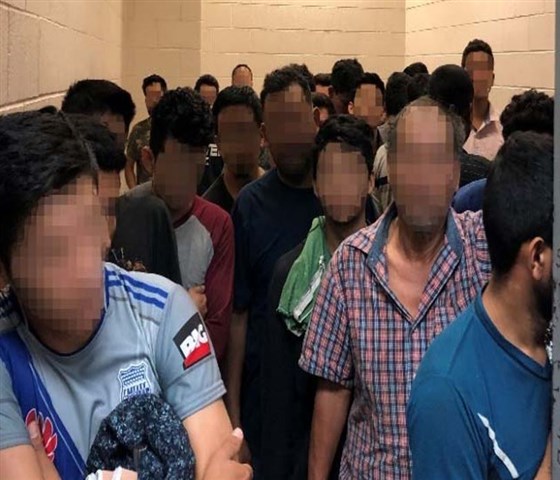 We hold these truths to be self-evident, that all men are created equal, that they are endowed by their Creator with certain unalienable Rights, that among these are Life, Liberty and the pursuit of Happiness.

“If you want water, drink from the toilet.”

John Adams, our second President, predicted a Fourth of July “celebrated by succeeding generations as the great anniversary festival” and “solemnized with pomp and parade, with shows, games, sports, guns, bells, bonfires, and illuminations, from one end of this continent to the other, from this time forth for evermore.”[i] It would be a time to remember our origins, honor our ideals, and pledge ourselves to nurture and preserve the noblest portions of our national life.

In the nineteenth century, the vision of Independence Day as a national covenant of memory and renewal found exuberant expression in the verbal fireworks of grand orations. These long-winded blasts of rhetorical excess came to be known as “making the eagle scream,” but their homiletic intention was serious: to summon the people to “effusions of gratitude” for America’s sacred origins, and to encourage “a faithful and undeviating adherence” to the principles of liberty, equality and the common good. [ii]

But what about those who are excluded from the blessings of liberty? By the 1820s, some Independence Day orators began to call out the inconsistency of celebrating freedom while so many still wore the chains of slavery. “We ought to remember that the happiness we enjoy is not universal,” Giles B. Kellogg told an audience at Williams College on July 4, 1829. “This will temper our exultation and render more heart-felt our tribute of gratitude . . . There are those among us who are shut out from the light of freedom, chained down in the prison house of bondage . . . those of common origins with ourselves, inheritors of the same great blessings, heirs to the same immortality.” [iii]

The most famous of these abolitionist orations was delivered on July 5, 1852, Frederick Douglass, to the Rochestery Ladies’ Anti-Slavery Society. As an escaped slave himself, he gave voice to the voiceless with fiery eloquence:

“What, to the American slave, is your 4th of July? I answer; a day that reveals to him, more than all other days in the year, the gross injustice and cruelty to which he is the constant victim. To him, your celebration is a sham; your boasted liberty, an unholy license; your national greatness, swelling vanity; your sounds of rejoicing are empty and heartless; your denunciation of tyrants, brass fronted impudence; your shouts of liberty and equality, hollow mockery; your prayers and hymns, your sermons and thanksgivings, with all your religious parade and solemnity, are, to Him, mere bombast, fraud, deception, impiety, and hypocrisy––a thin veil to cover up crimes which would disgrace a nation of savages. There is not a nation on the earth guilty of practices more shocking and bloody than are the people of the United States, at this very hour.” [iv]

Irony and guilt continue to haunt our national celebrations of life, liberty and the pursuit of happiness. Racism is alive and well, along with other long-standing national sins. And the concentration camps on our southern border, where federal agents put children in cages and subject countless refugees to conditions of torture, certainly make the rhetoric of freedom an unholy sham in our own day.

For those who are more offended by the words “concentration camp” and “torture” than by the realities they describe, let me point out that while these are certainly loaded terms, they are technically accurate. A concentration camp is defined as “a place in which large numbers of people, especially political prisoners or members of persecuted minorities, are deliberately imprisoned in a relatively small area with inadequate facilities.”[v] While the most notorious examples are Nazi death camps and Soviet labor camps, the term itself has a broader application. As for torture, a physician who witnessed the appalling conditions of the camps––“extreme cold temperatures, lights on 24 hours a day, no adequate access to medical care, basic sanitation, water, or adequate food”––concluded that “the conditions within which they are held could be compared to torture facilities.” [vi]

How shall we respond to such evil? Let Douglass be our teacher: 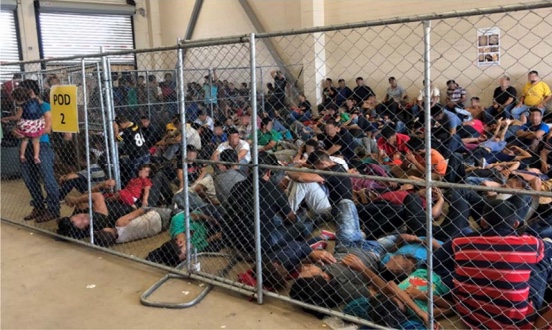 The Fourth of July should be a day of atonement not only for the cruel barbarity of the Trump administration––which would indeed “disgrace a nation of savages”––but also for our collective impotence to make it stop. Instead, the president is stealing millions of dollars from our National Parks to stage a military spectacle in his honor, and to desecrate the Lincoln Memorial with hate speech to his adoring mob (Trump opponents will be kept at a distance to silence the voice of protest). And to such shameless and pitiful parody of Independence Day, the words of Douglass make perfect reply:

“Oh! be warned! be warned! a horrible reptile is coiled up in your nation’s bosom; the venomous creature is nursing at the tender breast of your youthful republic; for the love of God, tear away, and fling from you the hideous monster, and let the weight of [the people] crush and destroy it forever!”

Related post: July 4th and the Pursuit of Happiness

[i] Benson Bobrick, Angel in the Whirlwind: The Triumph of the American Revolution (New York: Penguin Books, 1998), 203.

[ii] Phrases taken from the July 4, 1821 oration of John Quincy Adams in Washington, D.C., when he was Secretary of State. This and many other Independence Day orations may be found at https://classicapologetics.com/special/4th.html

[iv] Frederick Douglass, “What to the Slave is the Fourth of July?” (July 5, 1852). https://www.thenation.com/article/what-slave-fourth-july-frederick-douglass/

[v] https://www.lexico.com/en/definition/concentration_camp Some might argue for the term “refugee detention center,” where people may indeed suffer from logistical overload. But the deliberate and intentional infliction of suffering by the Border Patrol and its white supremacist enablers in the Administration justifies, in my view, the more damning term.